Canard Street, Elizabeth Rand writes in her book of the same name, runs from Porter’s Point on the Minas Basin to Upper Dyke. Along the street are more than 50 century homes which Rand describes in detail. Some of the oldest homes in Kings County are found on Canard Street; it’s unlikely that, kilometer for kilometer, any road in Kings County has as many century homes.

A close second for old houses along its length might be Main Street in Wolfville. Along with re-reading Canard Street, I just recently read a book, Wolfville’s Historic Homes by B. C. Silver and Watson Kirkconnell; it’s astounding how many fine old homes stand along the town’s main thoroughfare. Like Canard Street, Wolfville’s Main Street has an abundance of century homes; as Silver and Kirkconnell suggest in the title to their book, many of them are historic.

It’s interesting to see that neither Rand, nor Silver and Kirkconnell, argue that their street holds the oldest house in Kings County. That honor could belong to Wolfville. The so-called Kent Lodge at 654 Main Street, which is documented by Silver and Kirkconnell in their book, dates at least back to 1779. This date is suggested by a newspaper article from a November, 1896, issue of the Halifax Herald, which the authors quote.

However, another old house, which is near Canning (immediately west of Habitant’s western boundary) has been subjected to a lot of research and may be the oldest in Kings County. This is the Loomer-Goodwin house , a registered heritage property which in 1986 was the subject of a thorough investigation. Deed searches, mapping, probate records, genealogical records, and most important of all, architectural evidence, suggests that the Loomer-Goodwin house was probably built between the years 1761 and 1769; the house appears to be associated with Planter settlement in Nova Scotia write Daniel E. Norris who conducted the research into the house. His findings are published in the book, They Planted Well, a collection of Planter-theme articles published in 1988 and edited by Margaret Conrad.

There is also evidence suggesting the house may have built in New England and moved to its current location. This was reported in Marie Bickerton’s book, Old Times: Canning and Habitant, published in 1980, but this is inconclusive and most likely incorrect. 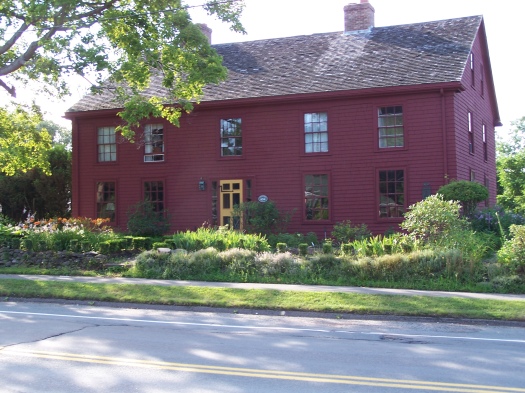 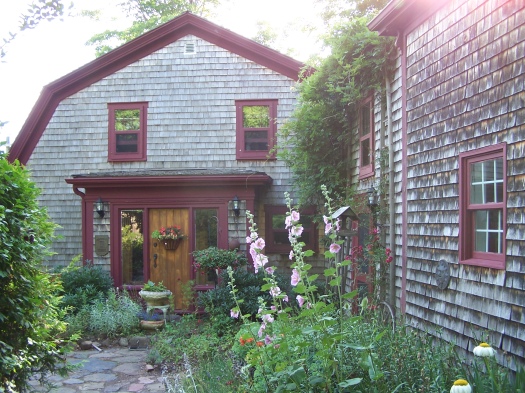 The Loomer-Goodwin House near Canning, (along with Kent Lodge above) may be two of the oldest houses in Kings County. (Ed Coleman)