As the county’s shire town and headquarters of the Dominion Atlantic Railway, Kentville was expanding rapidly. By 1885 the citizens of Kentville decided the town had “attained sufficient importance” and was large enough to ask for incorporation.

On 7 December, 1886, Arthur W. H. Eaton writes in his county history, “articles of incorporation were granted” the town. The following month, on January 21st, the first annual meeting of Kentville’s ratepayers was held, followed in February by the election of town officers.

John Warren King was elected as the first Mayor of Kentville and he would remain in this office until 1888. From King down to the current Mayor David Corkum 30 Kentville citizens would serve as Mayors of the town, several with multiple terms. The longest serving Mayor to date is R. W. Phinney who beginning in 1974 would remain in office for 15 years.

While John Warren King only served for two years (some records show it was three years) he may have been the most interesting of the early Mayors. The photograph of King, which is on display at the Kings County Museum, shows a man of austere visage. Indeed, King was a Scot – he was born in Scotland in 1836 – and a lawyer, the nationality and the occupation lending an inherently serious mien to all men of this nature.

Kings occupation may explain his presence in Kentville. He appears to have been a railway lawyer, residing in Kentville because the DAR was headquartered there. His obituary, published in The Advertiser on his death in 1922, notes that he was a “pioneer in railway work, being legal adviser to P. Innes, general manager of the Windsor and Annapolis Railway, now the Dominion Atlantic Railway.”

In 1889, King succeeded Innes as general manager of the DAR, an undoubtedly demanding position that likely explains his short term as Mayor. The Advertiser obituary portrayed King as a man of “deep intellectuality, of sterling integrity, who by his ability and worth had won the confidence of the entire community and had been placed in the highest positions of honor, Mayor of the Town of Kentville and general manager of the Dominion Atlantic Railway.”

King was saluted in The Advertiser as one of the outstanding citizens of Kentville. “He early identified himself with the interests of the community,” says The Advertiser, “so it was no wonder when Kentville became an incorporated town, his outstanding ability and marked personality made his election as first Mayor by acclamation a natural sequence.”

John Warren King died in Kentville at 85, shortly before his 86th birthday. On display at the Kings County Museum is a desk of ash and birch handcrafted in the “Victorian style” by King. “The Mayor’s Desk,” as it is called, is believed to have been used by King when he served as Mayor. 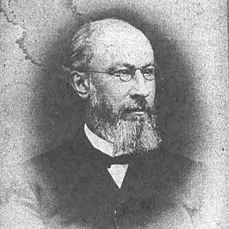 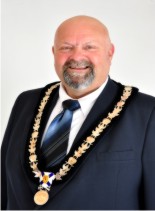