Mack Frail’s interest in history first began when boyhood friends told him about rock foundations around Centreville that were sites of Acadian homesteads. Around the sites were willows, Daphne and other plants the Acadians brought here from France.

Around Centreville also was other evidence suggesting a one time Acadian presence: Old roads (one often referred to as the “Old French Road”) a mill site rumoured in local folklore to be of Acadian origin, and ancient changes in local waterways also believed to be the work of the Acadians, all of which further whetted Frail’s interest in Centreville’s history. Two historical writers, Eaton in the history of Kings County and Erskine in The French Period in Nova Scotia refer to Acadian homesteads in Centreville, further confirming what Frail already suspected.

Mack Frail writes about the Acadian settlement and other aspects of Centreville’s history in a book he began compiling a decade ago. The book was recently published and it’s an important addition to the history of Kings County. Frail points out that Centreville has “somehow failed to be properly recognized for its history,” and he sets out to correct this in his book. It’s a task that he accomplishes admirably and the book is an excellent historical read.

Centreville, says Frail, may have been one of the earliest Acadian settlements in Kings County. The area was an ancient Mi’kmaq foraging and camping area as well, which Frail tells us about in his book. He traces the history of Centreville from the Mi’kmaq and Acadians up to fairly recent times. Some solid documentation from the Planter period exists in the provincial archives and Frail accessed these records to flesh out Centreville’s role in the history of the county.

In effect, Frail expands upon what is the token mention of Centreville found in Eaton’s History of Kings County. As well as including details on the Acadian and Planter period, his book looks at farmsteads, mills, inns, churches, roads, schools and some of the stores that served the village so well over the years. There’s a tantalizing bit of Irish history connected to Centreville as well – the Irish cemetery and a nearby somewhat mysterious Irish settlement, for example.

All in all, this is an excellent historical collection; and a comprehensive read as well since it shines some historical light on areas such as Centreville that typically are neglected by mainstream historians. 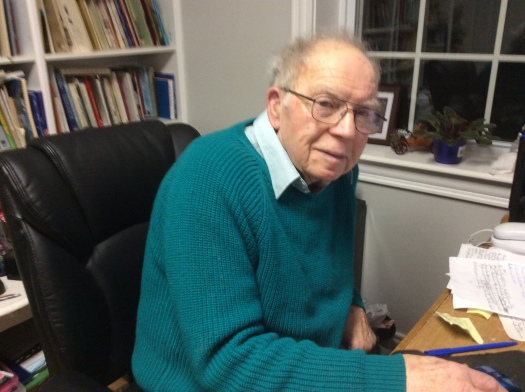 A Centreville native Max Frail is a regular contributor to the Centre Post where he writes about farm life.